"No matter where I serve my guests, it seems they like my kitchen best" -something I saw on my mom's kitchen wall as a kid, author unknown

Posts tagged ‘I luff my durid’

It’s FRIDAY! And still… S T I L L raining. The earth must have been quite thirsty. I’m all about giving it some water, but but… my poor poor basement. Look! there goes another laundry basket floating off! Also, I am Very Excite! \o/ I have (finally) discovered that I can edit images right INSIDE of Photobucket! This means (probably) that I will be poking your eyes with lots of graphics and pictures from today forward. (Or at least when I have images uploaded to photobucket?)

Speaking of druids… (oh, didn’t I?) It was several years ago that I met Michael, and when I met him I was enamored with video games. Yes, video games – I was a consul gamer. You know, Nintendo and the like – specifically of the RPG genre. I was taken with Final Fantasy <all> and endeavored to get each new Sony Playstation system ASAP when it was released so that I could continue to play the series – which will inevitably continue until the death of time itself. Michael was (and still is) also a gamer. However… he played computer games.

Being fond of the RPG genre, I had always imagined how fun it would be to be able to play them multi-player. Then I found EverQuest Online Adventures and was BLOOOOWWWNNN away. 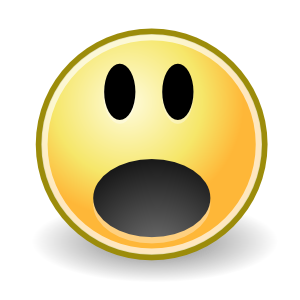 Had.To.Have. So, imagine my surprise when Michael skooled me on the invention of mmorpgs…  At first I resisted. Any consul gamer turned computer gamer (or one who just does both) can appreciate the vast differences in play style. I mean, SO MANY BUTTONS! With keyboards vs. consul controlers, the possibilites were endless – and overwhelming. I tried a few free-to-play games that he showed me, and then I asked him what all the racket was about this new game, World of Warcraft. SURELY this game would not top the all-consuming awesomeness of EQOA. I mean, really, none of the other games he had introduced to me had – why would this be any different. In order to give me a taste of the game without spending the money (in case I didn’t like it), he ‘hooked us up’ with a private server. (I have NO idea what goes into that or anything else about it). After a few tutorials on how to use the keyboard, I was hooked. HOOKED, I tell you! So, Michael went out and got me the REAL game – paid for a subscription and everything!

At first I played around with several different classes – well, any that could be Night Elves – until I settled on a druid. It was nice to have the ability to do… well, anything! (If you’re not familiar with the game, druids can take a hit, heal, and do damage to opponents depending on how you specialize them.) I decided that I wanted to heal with her; since my toon on EQOA was a healer, it felt most familiar. Her name was (is) Evanstar – fondly known as Evie to pretty much everyone who know me. Evie and I have been exploring the lands of Azeroth for… oh my goodness… I can’t even remember how long – four or five years, I believe. Before there were expansions to the game, the original level-cap was 60. Evie and I made the slow climp up the level ladder in resto spec (restoration specialization) despite tips, advice, and pleadings that I level as a feral druid. (Feral druids are melee damage dealers.) Apparently this would make me ‘kool’ like everyone else AND get me to level cap much sooner. Still, I refused. After all, this was ‘my’ time and I wanted to enjoy the game ‘my’ way. Amirite? Besides, since I wanted to heal in end-game content, I wanted to learn how to do things gradually rather than get thrown in the fray once I got there.

Anyway… the backstory is to give everyone an idea of how long I’ve played Evanstar as my ‘main’ character on WoW. I’ve never deviated from that until this past year with the Wrath of the Lich King expansion. I decided this time around to play my priest for a change of scenery. I had heard lots about their Bubbles Of Osm™ and wanted to see how well I could do with them. Apparently I do okay. It’s been really fun playing her, but with the new expansion of Cataclysm just around the corner I started getting nervous that she would be left behind. So, I started playing her more often and tried to get her achievements and the like. I also switched one of her specializations to that of a caster aka the Crit Chikun …

Lovely feathers, eh? The lovely lady to my side is Betsi – she’s rather fun, you know. After some wiggling around of group set up, I am able to re-declare my main toon for Cataclysm as my Evanstar. She will go through a bit of overhaul before getting there (i.e. changing from a cow to a troll – how does that even happen anyway?!?!) but I’m really quite excited. It will be good to have her back in action rather than sitting in that cushy room in the Filthy Animal.

Stay dry this weekend, friends! And as always, thanks for coming by for morning coffee ❤

Family, Friends, In the Kitchen, WoW

ASS U ME Bio Art Change is good and necessary for growth Clarity makes SENSE! cookies! der's no bidness like ho bidness - 50 Enlightenment is a breath of fresh air Forgiveness is freedom Good food is good! Growing my inner artist Harvest is so good Holy MONSOON Batman! Hurray Screenies! I'm easily distracted by 'shineys' I heart BFF lots and lots I love my Michael <3 I luff my durid ImaZombie I need to bake! Late to work - again luff the ren faire MORE Pandora please Moving across the country - YIKES My friends rock My inspirations My muse MUST be purring Never let them see you sweat! Photographing nature is therapeutic Pirates are OSM! Playing in the city Pretending isn't just for children Recipes Saying goodbye to Wawa Scorpions are CREEPY! seasons of our lives Sharing scrap book moments Socks Sorry another post about work! Taking time to commune with nature and the earth - and finding my center Thank you The Desert Themes There are a LOT of Apples in here today Variety is the spice of life! video games are ftw why can't I use my custom theme Wine makes everything better Wordpress.com needs more theme variety Work is busy - wut?! Writing freely will take you places you never expected to go wut?!